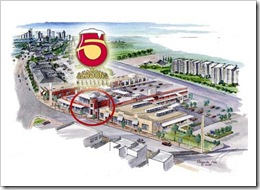 5 Seasons Brewing Co., the multi-location Atlanta pub, is expanding.  The new spot, dubbed 5 Seasons Westside, is slated to open April 1st at the corner of Marietta St and Howell Mill.  This will be the third location for the company and the three-flight space looks pretty nice (it was nice enough that movie folk reportedly filmed bits of Road Trip 2 here).

As you may have surmised, they are known for their in-house beer brewing.  The equipment for this location appears to be in place and I’m pretty confident they can make their April 1 deadline.  Whether that happens remains to be seen.  I’m going to go ahead and add it to the April Dirty List (not yet published).