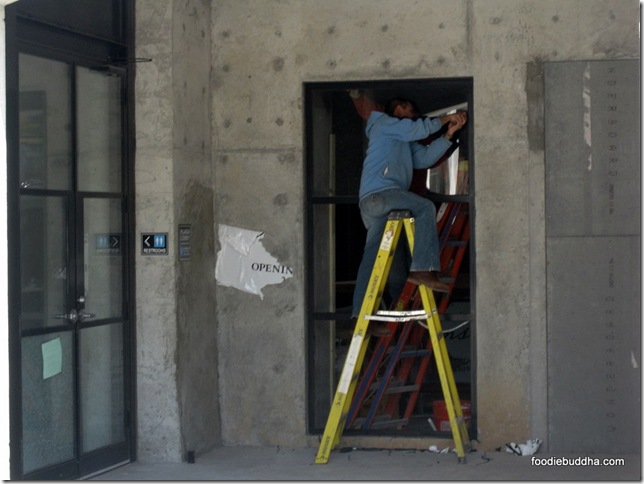 Those of you who are New York imports, well-traveled globe trotters, or avid foodies will know the name Milk & Honey.  With locations in NYC and London, the membership suggested cocktail lounge is highly regarded as the anti-trend.  To put it another way: while name dropping and starfucking can go a long way in certain establishments, it will get you the door at M&H.  For a while, people didn’t even know where it was.  I call it “elitism for the everyman.”  Why do I bring this up?

Well, word around the campfire is that restaurateur Warren Bruno, the man behind Atkins Park and Aunt Charley’s, is ready to bring at least some elements of Milk & Honey to the Dirty South.  Details are hush hush right now, and I’m not so sure just how much Milk & Honey to expect out of the place … so I won’t give away the whole kit and kaboodle right now.  Besides, what’s the fun in that?  However, I will show you the door and tell you that construction is coming along nicely.  The intended “laid back atmosphere” will include some grub, some libations, some bocce ball, and a few other treats.  It’s over on the Westside, and I’ll at least let you know if it’s actually headed down the route of M&H once it finally opens.  I’m sure we’ll all find out soon enough if things like a membership card or just a drivers license are needed for access to Atlanta’s land of milk and honey.  Oh yeah … dates and what not.  Well, I’ve heard everything from the first few days of November into the middle of the month.