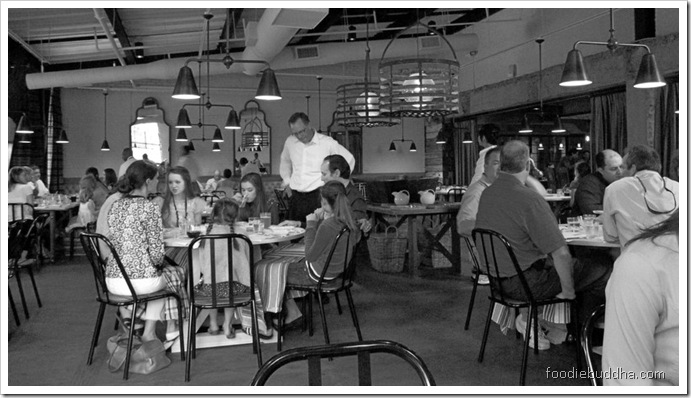 (the dining room at Abattoir)

In today’s edition of the NYT, Shaila Dewan decided to talk up the burgeoning art scene on the west side of Atlanta.  Despite a few journalistic faux pas, it’s a nice summary piece on the neighborhood.  What’s especially neat for us foodies is that Dewan took the time to point out some of the ‘hoods culinary adventures that have garnered so much attention locally.

In the spirit of the article, I must say that if forced to identify the in-town neighborhood with the most action, it would undoubtedly be the Westside.  Centered around the intersection of 14th street and Howell Mill, you’ll find casual eateries, upscale dining options, and several of Atlanta’s hottest new restaurants.  The article draws special attention to Octane, Flip Burger Boutique, Abattoir, Hop City Beer, and Sublime Doughnuts (with a nice quote from owner Kamal Grant).

The article is really just the tip of the iceberg.  If you intend to spend anytime over in that neck of the woods, then you’ll also find the highly regarded Antico Pizza, sandwich shop Tiny Bistro, and popular breakfast spots like The West Egg and The Silver Skillet.   And that list is far from exhaustive.

So if you’re a bit of a homebody and looking for something new … take some of your free time and donate it to the Westside.