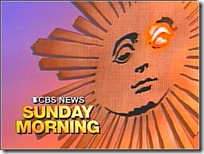 On most any given Sunday, you’ll find me somewhere other than in front of my TV (usually in bed or at brunch).  However, a few weeks ago, I was told that CBS’ Sunday morning news program, aptly named Sunday Morning, aired their annual Food Issue.  Though I can count on one hand the number of times I’ve watched the vignette styled news program, I made it a point to set my DVR.  Here’s a recap of the episode, complete with its own tip of the hat to the ATL.

Segment 1: Fighting Hunger in a Land of Plenty

A brief recap discussing food banks, the hunger epidemic, and the community that has popped up to support those in need.

Atlanta’s Alton Brown has made quite the name for himself over on the Food Network.  His one part film, one part cooking, one part science shows have been one of the major reasons FN has blown up.  Currently, he cooks for a show named Good Eats … which you should definitely check out if you haven’t seen it.

Segment 4: Cooking For One

You’ll probably notice that I eat out A LOT.  A big reason for this is that it’s just plain hard to cook for one person.  Still, it’s not like it’s impossible.  Thankfully, we have Judith Jones to show us the way.

While even a food snob like myself can appreciate the deliciousness that is Velveeta Shells & Cheese, that doesn’t mean that a gourmet take on this American staple goes unnoticed.  Visits included NYC’s Mac Bar and the Waverly Inn.  Mmmm … fattening!

Wilma Stephenson is a culinary teacher.  Okay … doesn’t sound that impressive does it?  She teaches at Frankford High School in inner city Philly.  Okay, interesting … but so what?  Well, she just happens to be an über bad ass.  When she was featured in the documentary Pressure Cooker, you just knew this woman was a force to be reckoned with.  If you haven’t seen it, don’t even bother reading reviews … make sure you reserve a copy of the DVD or add it to your Netflix wishlist.

This one leaves even me … speechless!!!  Mo Rocca is hilarious … Mexican food is good … and Mexican Hot Dogs are AMAZING!  Who doesn’t love a Latin weenie.