Supper clubs aren’t new.  Supper clubs in Atlanta aren’t new.  What is new is all the mainstream attention being dolled out on these underground dining destinations.  While the inertia behind every supper club can be as unique as the food served up, almost all of them carry an absolute truth:  to give people a chance to throw an Eephus pitch curve ball in their dining experience. 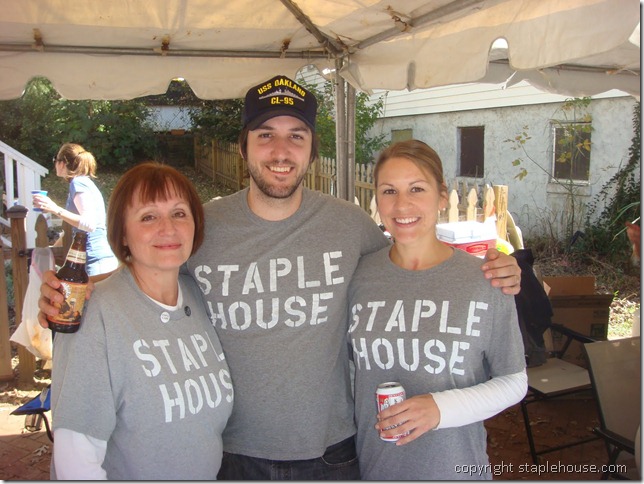 ryan, his sister, and mom

A few days ago, Bob Townsend of the AJC wrote a little piece on the phenomenon.  In it, Townsend recapped a recent meal with chef Ryan Hidinger at his Staplehouse dinners.  With help from his wife and partner Jen and sous-chef Ben Barth, Ryan is hoping to spread the word about his upcoming restaurant.  They are come as you are people, so don’t be shy about contacting them through the Staplehouse website/blog.  Their 10-seat dinners are so popular that they often sellout inside of a minute or two, but if you can score a seat, they are well worth it.  I was lucky enough to sneak into one of their earliest dinners, it was a dinner worth remembering.  But don’t take my word for it … you can trust the daily candy vote for all things cool in Atlanta. More reading … so clicky clicky por favor!

Meanwhile, Townsend also chatted about The Souper Jenny Supper Club.  The Jenny clubs are different from Staplehouse in that they are about bringing a fine dining experience to the somewhat whimsical theme of mystery eating.  Sure enough, I also scored a seat to one of their meals [aside: that is one long damn post, worth the read, but get your coffee ready].  At $150 a pop, these aren’t cheap, but that doesn’t mean they aren’t in demand.  The mystery chef always ends up being a who’s who of the Atlanta dining scene.  Linton Hopkins served up the food at the Gatsby Meal, while Richard Blais fit right in during last year’s Halloween meal.  As you might expect, the best way to get in on these is find SJ through her Souper Jenny website.

Then of course are the meals and musings of Lady Rogue.  The Rogue’s events are almost as much about the movement as they are about anything else (check out the manifesto due east).  They’re communal engagements focused on fun times, good food, and great company.  She’s a big supporter of things like Slow Food Atlanta, but these experiences are not about banging your head with a tin drum full of agenda.  No, leave your ego at the door and just be.  Rogue goes all 007 over on her blog.  Not surprisingly, she even posted a full recap of her interview with Townsend.

Last but certainly not least, a catering outfit that goes by the name of Black Tie Barbecue has showed up on the scene.  In fact, in what was most likely their first event, they did a Valentine’s day meal just last night.  Don’t let the name fool you, while they love barbecue, they handle a wide assortment of food for the face.

Okay, so to recap:

Bob writes here.
Ryan and Jen kick ass and take names: WEBSITE
Jenny Levison gets elegant: WEBSITE
Lady Rogue helps with the hook-ups (one of their dinners spawned a couple): WEBSITE
And Black Tie BBQ gets in on the action: WEBSITE