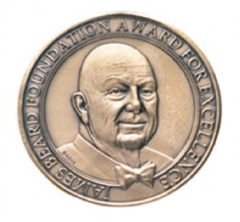 The James Beard Awards are the United States’ version of the food Oscars.  Today, the JB Foundation announced their semifinalists for this years awards.

The neat thing about the awards is that have nationwide categories as well as regional categories.  Much like last year, Atlanta area chefs has a handful of entrants. Pano Karatassos, Scott Peacock, and Kevin Gillespie got some national attention … as did Miller Union.  In the Southeast region, locals Linton Hopkins and Billy Allin are in contention … so too is the soon to be local Hugh Acheson.

The winners will be announced in May, so for now all we can do is wait.  You can find the full list on the JB website (warning: that’s a pdf).  However, we’ll highlight the Atlanta standouts right after the jump!

Here is the full list of nominees for the best chef in the Southeast as well as other local nominees in other categories:

Alright folks, there ya have it.  Wish them luck!