During some of my intermittent and haphazard internet perusing, I stumbled upon really neat videos by Frank Ma and Eddie Hernandez, two well-known Atlanta chefs.  Ma, who’s followed like a hawk by Atlanta’s Chinese gastronomes, recently sat down to talk about his arrival in the dirty South and the burgeoning food center that runs the length of Buford Highway.  Though Ma has “officially” retired as a restaurateur since his short at Frank Ma South, his word still carries a great deal of weight.   Check out this audio slide show:

Hernandez, who you can also check out during his visit on Inside The Chef’s Kitchen, speaks about bringing taco culture in a relatable manner to the masses. 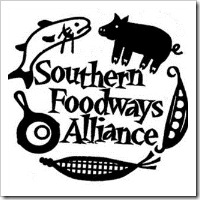 These videos were produced by the Southern Foodways Alliance, a group that operates out of Oxford, MS.  Therefore, it’s not surprising that these slide shows showed up.  The group is organizing a Buford Highway Field Trip that starts tonight and runs through Saturday.  Though the event is sold out, you can check out the 411 on their website.  For the specifics, you can grab this brochure (pdf) to keep up with all the treats.  I’m sure we’ll hear a lot about it as the AJC’s John Kessler as well as Gene Lee, the über awesome blogger who writes Eat, Drink, Man, are both involved.