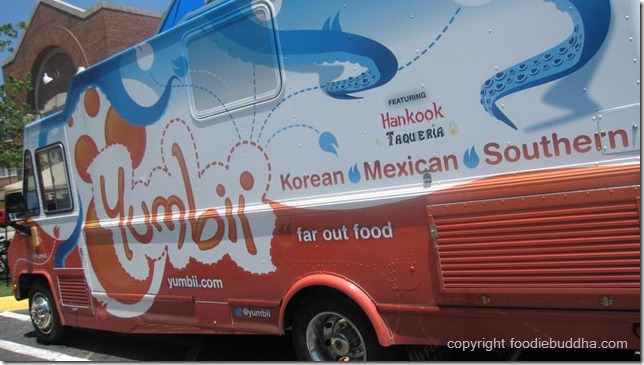 With yesterday’s little tweet, Atlanta’s lust for true street food culture just got one step closer to reality.  Yes that’s right, the people behind the Yumbii Taco Truck are now licensed to start rolling around the streets of the Dirty South and sling Korean tacos in every direction.  Powered by Hankook Taqueria, I think they’ll have a good bit of success.  However, that’s not because I think it’s particularly good.  I’ll have a recap of my latest taste of their product as soon as I have a second.  But as it stands now … this stuff is just not that great.  If you’ve ever tried the Kogi BBQ trucks in Los Angeles, you’ll know what I say is true.  Still, we’ve all got to start somewhere.

Meanwhile, they scored a major fail this past weekend.  At the July Urban Picnic, Yumbii managed to run out of EVERYTHING well before the event ended.  Witness: 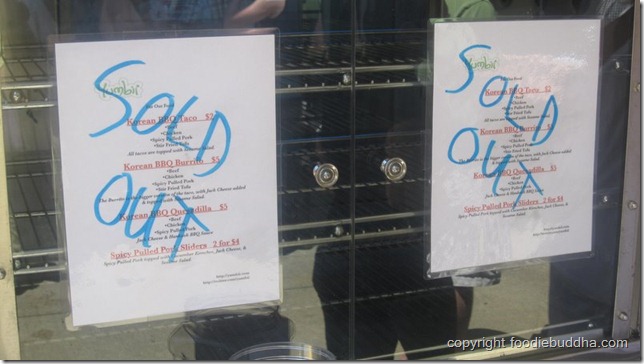