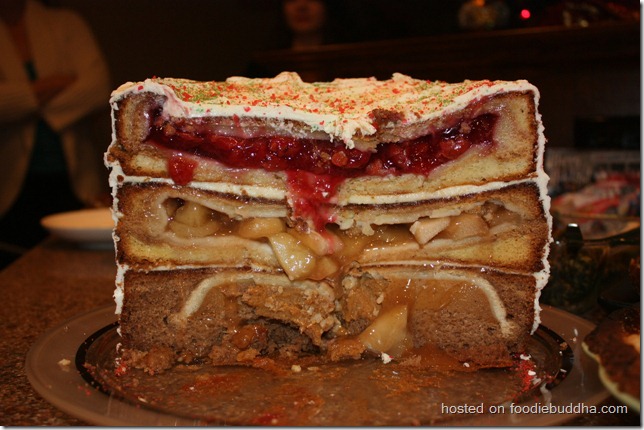 A little treat before I sit down to watch Top Chef in preparation for this weeks What Ingredient Was That? Here we have a three-layer pie/cake filled with cherry, pumpkin, and apple pie.  Better known as a Cherpumple, it’s pretty damn awesome.  It’s been all over the net for some time, but recently popped up in my news feed again. It’s made by Charles Phoenix, a pretty well known pop-humorist.  My favorite analogy is the comparison to the turduckin.  There’s a recipe on Phoenix’s site, but you’ll come to find out, there are a number of takes on the Cherpumple.

Video instructions after the leap!