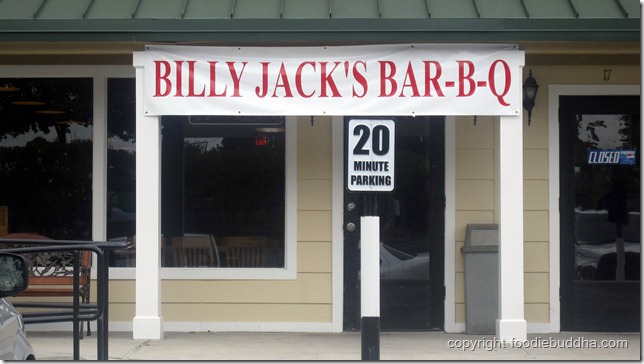 Hot on the heels of a new hibachi restaurant (the just opened Sakura Stix), a new barbecue joint is set to open in Westside.  The Bunyan-esc Billy Jack’s BBQ and Shrimp Co. is currently in the final build out stages over at 857 Collier Rd.  In addition to sharing the lot with Sakura Stix, Billy Jack’s will deliver to your door and cater your events.  Their menu is pretty straightforward and includes most everything you would expect at a place like this.  The decor is understated and the place probably seats around 40.  They don’t have a website at this point, but they do have a facebook page.  Meanwhile, be on the look out for their catering truck (named The Barbecue Source).  If you see it … call the cops!!!  More for you once they actually open their doors to John Q Public.

[thanks to reader Julian for the heads up]