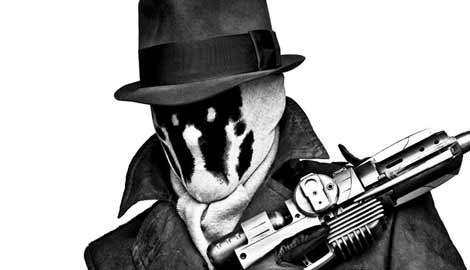 The debate between those who wish to remain anonymous (like me) and those hell bent on exposing us rages on.  Seemingly everyday, more and more anonymous journalists, critics, and bloggers are being ousted from their bat caves and into the limelight.  Many, whether they are directly affected or not, seem to have an opinion on this topic.  As with most every debate I’ve ever come across – there are different perspectives, each often valid in their own right, and this is no different.  These points can be argued, and we can easily turn this into the slippery slope that it is.  But for now, just hear me out if you’d be so kind.

I think the desire by those in the restaurant business to out people who prefer to keep their name and/or face off the public pages unable to be substantiated.  There are a multitude of reasons for this.

An anonymous person’s livelihood may be threatened.  Comparative debates arise from this point.  People often use this “livelihood” line of reasoning to argue that folks have no business writing on a restaurant as soon as the eatery is ready to charge money.  A perspective that perhaps holds more water is ‘the rumormongering defense’.  It goes something like this: you can’t post a rumor, even if you say it’s a rumor, because someone may lose their job over it.  A fair point, and in some instances there is some truth to that.  Here begins the slippery slope.

Just because a rumor is printed doesn’t mean a bad thing is going to happen.  It’s too hard to dissect this appropriately and exploring this point alone could take an entire novel.  But for now, I hope that we could agree that just because a chef’s move to another restaurant or an upcoming restaurant is announced by those not paid to announce it, something inherently negative is not certain to arise.  Perhaps a better way of saying it: are we all so prone toward a negative bias that we presume more negative will come than positive?  I’ve known several restaurants (in Atlanta and elsewhere) that got better deals from landlords because of published reports of someone else’s deal.  I also know of a few chefs, whose imminent departure was published, who ended up getting significant raises from their employers to stay in their current role.

I know of no such instance when a reporter’s leaked identity immediately and directly benefited their career.  If someone can offer up a counterpoint, I’d love to hear it.  As I’ve never heard of that happening and am unable to postulate a scenario, I will tell you that I’ve seen more than a few paid employees lose their jobs after their cloak and dagger was given up.  And please don’t respond to this point with something like: Well what if she was a blond with big tits and an ass that tastes like French vanilla ice cream?  Well in that case, her career in food will probably have little to do with her writing prowess.  And even if she is worthy such responsibilities, I think she’d be able to secure them without exposing everything but her credit card number.

Are the restaurants better off?

The people being outed are not the hop in, hop out yelpers or the angry and irrational commentators or even the happy go lucky “media event” bloggers.  No, by in large, the people being outed are those who offer a harsh opinion with a well established “persona.”  Nobody gave two shats about my opinions in the earliest of days (many still don’t or at least say they don’t), but as soon as I got some eyeballs to my site, more than a handful of chefs now pass around my info like it’s a free mint.

Are these chefs and restaurants now in a better place?  Sure there is the “got you you fucking asshole blogger” or you “suck it you bitchy know-nothing restaurant reporter from newspaper x.” But if we move past the anger and the vitriol resulting from a disseminated negative opinion, unqualified or not, does the dynamic to the question change?  What then is the answer? I most often, if not always, believe it does not and the answer is still ‘no.’

Is the restaurant now somehow more likely to see increased sales because people know that this is the angry hostess that snapped an impromptu of a famous name in food?  Here, believe it or not, I say yes.  But ultimately, that lasts little more than the time it takes me to walk a mile.

I was reading an article recently where a very powerful critic [I believe it was Bruni after his gig at The Times but I don’t recall] said something to the effect that he saw a benefit to people knowing him by the third time he visited a restaurant.  He said it showed that the restaurant was doing a good job by paying attention to repeat customers.  I think that’s a fabulous point, but that doesn’t address the issue of anonymity as a critic.  They may recognize his face, but if he has used a fake name for his trips to the restaurant, then knowing him should be in terms of knowing him as a person and not as a critic.

When a restaurant scoops a discerning eye, the benefit is that the restaurant can provide that patron particular attention and put its best foot forward.  I as a writer of this ilk pull out from the competition when I know that is the case.  I feel it ruins the opportunity for me to give you, the people I’m really writing this for despite your unabashed hate, an accurate representation of what you might come to expect.

Outing the food personality beyond the confines of the kitchen and to the general public does not seem to benefit the kitchen in any way.  To put it another way, would anyone avoid French Laundry if they didn’t know what Keller looked like?  40-years ago, people had no fucking clue what chef’s looked like cuz they didn’t plaster their picture all over the boob tube … and you know what … nobody cared!

End of side one

I’ll wrap this up tomorrow with a post on how this impacts both the reader, and me as an individual.  Until then, happy eating!