So after yesterday’s post during which I took the opportunity to question restaurants, restaurateurs, and chefs motives and decisions to out anonymous folks, it’s only fair that we discuss the impact on the average diner, their need to expose someone, and where I fit in on all this.  It’s not that I’m at the crux of the debate, more so, I’m just sick of people in the media referring to the media in the third person.  It’s only fair that I acknowledge my role in this and why I happen to have the feelings that I do.

Are the readers better off?

This might also be phrased: “Do people need to know what a critic looks like or what their name is?”  As I mentioned before, the people at the center of the debate who account for a significant portion of the reason I’m writing this, are the big boys … the Gael Greene’s of the world.  So since we’re not talking about Jon Q Yelper and we’re not talking about “I just got to eat at the media event and it was awesome girl,” let’s deal with me.  I’m not comparing myself to Gael Greene beyond the fact that there was/is a desire to remain anonymous and we write about food.

So now we get to the “what qualifies you?” part of the story.  Most people employed by serious news outlets have legitimate credentials that few would question and those that don’t actually have the credentials, have earned their place into the world of paid writer of things food.  That simply supports my “you don’t need to out them” stance.  But as for me, there is the question of vetting.

I have claimed, via my about page and at times through my writings, to have chefdom in my bloodlines and experience as a member of the rank & file.  There is some truth to the notion that you, the reader who doesn’t know me, can’t prove that through a third-party source.  You can’t call up my the owner of the restaurant/bar I spent 3-years at or the country club I worked at as a bartender many summers ago, and you certainly can’t go find my grandfather, pull his ass out the worm hole, and ask him to chiffonade some basil.  So you will either have to take my word for it or spend some time reading what I write to see if I’m full of dog shit.  Regardless, I think we can agree that there are people far less “qualified” and capable than I in positions of much more importance. 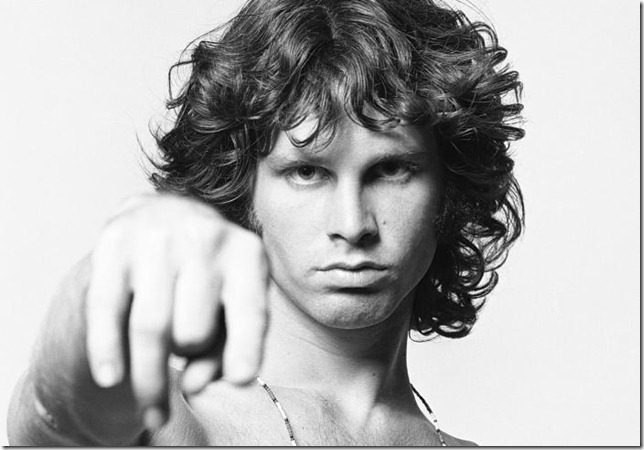 Beyond vetting, let’s pretend all of the sudden that my name is Jim Morrison and I in fact am the still-living version of a guy long thought to be a member of the 27 Club, or at least, let’s pretend I look exactly like him.  Do you now trust my word any more than before?  Do I somehow now have a sense of trust with you that I have not established over the near 3-years and roughly 1,000 posts I’ve provided?  Seriously, I’m asking people to respond to this.  The only reasonable counterpoint I have been able to arrive at is the idea that you, the reader, knowing that information, might have an easier time verifying what relationships I do have in the food & wine industry.

But again, as time presses on and I or someone who is employed to do this puts out more and more content, are you the reader really unable to obtain clarity in the absence of having my face plastered up top or my name in big bold letters?  Again, I would say ‘no, you can figure that out just fine as is.’

So Why Does One Such As Myself Feel The Need To Be Anonymous?

I can only speak for myself here; but, I’ve always felt comfortable with this line of reasoning and I know at least a handful of others are as well.  This may or may not apply to others, though I suspect it holds true for many of us who love food.  In no particular order, here’s why I think it’s important for me to remain as Foodie Buddha.

1) I don’t want you people up in my shit.  Seriously folks!  There is a very well known food guy here in the city of Atlanta who closed up shop without so much as a hint or a fart.  I’ve heard that not even his partner nor his very best friend (also in food), had any idea it was coming.  Why? Because some some chemically unbalanced individual decided to interact with the blogger in a very unhealthy way.  Sorry y’all, I love you and I love food – but I’m not about to die for this shit.

2) It’s not about me.  Truly, it isn’t.  I recognize that people will scoff at this, but for those that trust me and those that do actually know me – you’ll realize that I am not using this as a platform to make me the center of the party.  No doubt, when I meet people, I love to talk about food.  I love to see their faces when I am able to pass on some life changing piece of information.  I love to listen to stories about food and I love to be taught about food.  I don’t want any more than that.  Love me or hate me, I think you’ll agree with me on this point.

3) I want things to get better.  No matter what your opinion of Atlanta is as a food town, no matter where you put us on the food map, we all know that even the best can get better.  Even if I up and move to NYC or Paris or some other lofty town in the pantheon of great food cities, I’ll do the same thing there.  Of course, I’d argue that my posts would be far more positive for reasons readily apparent.

I’m a nobody, I am ‘a smug piece of excrement floating out to sea.’ [Bukowski]  But if by some luck of life, a chef, either motivated by fear of my wrath or inspired by my passion for excellence, spends just that extra second of time showing his guys how to quickly dice an onion, or how to temp a steak without a thermometer, or how to keep that spinach from wilting, then we’re all better off.  If that chef takes her books out to search for some new ingredient to pair with that dried apricot or that seared monkfish, then again we are better off.

4) Here’s something an activist told me about me: “Furthermore, your epistemology is not shared by the vast majority of people in our country (who would not have such qualms about saying that, for example, cannibalism is wrong)” [sic] So what he said was that people like me don’t have a problem with cannibalism.   To that I responded: “Thank god Dahmer ate those people after he was done killing them, otherwise Id [sic] have just thought him to be some guy off his rocker.”

The activist presumed to have this idea about what I stood for.  And similar to the idea that this blog isn’t about me and that I do have some concern for my personal safety, I don’t want anyone to further muddle the basil and give people more bat-shit crazy ideas about who I am, what I stand for and all that jazz.  Some of my ethos is wrapped up in my writings, but for the most part – don’t presume to know anything about me, even if you heard it from someone who claims to think I’m an alcoholic, or saw me “fuck a police car” or anything in between.  And I think we can all agree, that’s a good general policy for all of us.

I know there are some of you readers who are so tied to your ways or your relationships or your beliefs of what you think is true, that you won’t care less about all this.   I know there there are some chefs who were unhappy with something I said, don’t give two fucks about anything and will offer me up like a  platter of misfired tapas or that next perfectly seared piece of meat, regardless of what anyone says.  So you’re stuck up your own ass … okay fine.  For the rest of you, even those that came into this with a shared sense, think about what has been said.  And by all means, post away.  There’s no text limit on how long your comments can be (or at least I’ve never touched it), so please – open up a discourse here – I bet it could help.