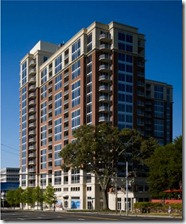 Back in early August, Tomorrow’s News Today reported that famed Decatur restaurant Watershed was on its way to the South Buckhead neighborhood of Brookwood Hills.  The details were simply that the restaurant was opening in the Brookwood Condominium complex at 1833 Peachtree Rd.  That report was quickly disputed by What Now Atlanta, TNT’s arch nemesis.

Well, it appears that where there was smoke there is indeed fire.  An extremely reliable person who is intimately involved confirmed that the deal is indeed on like Donkey Kong.  I wouldn’t be surprised to hear more public denials; but take those with a grain of salt.  How many times has Brett Favre retired?

I’m still not entirely sure if things will happen before the end of the year; but regardless, in terms of rumor versus fact, this has just been given a dramatic shove into the fact department.

Update: Here is the official position of ST Residential:

While we can’t comment on current negotiations, we can confirm that ST Residential is in negotiations with several retail outlets for space at The Brookwood, one of them being a restaurant.  We’d be lucky to have one of the caliber of The Watershed.