No, I didn’t forget to do What Was That Ingredient last week.  I just didn’t do it.  There just wasn’t a single piece of content worth writing about.  Thankfully, this week’s episode of Top Chef Texas had lots of good stuff for those interested in food.

First, there was a whole challenge dedicated to the stuff a saucier has to make; so, we might as well recap all of these so-called “mother sauces.”  After that, there was a gigantic catering gig.  While there weren’t a ton of funky ingredients presented (it is Texas after all – *wink*), a handful of chefs used ingredients that are not common.  Alright, let’s get it on! 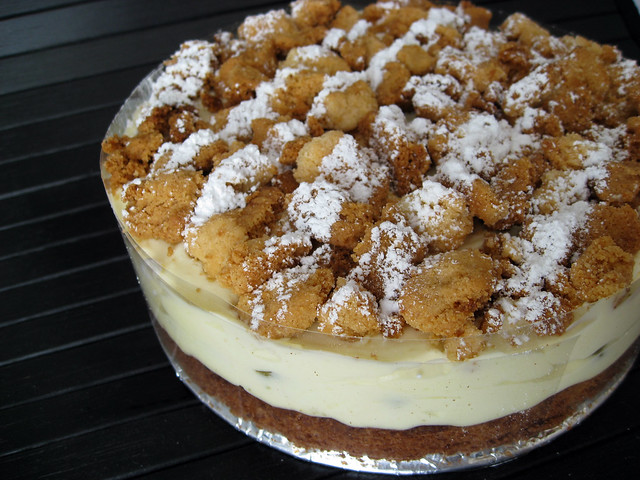 Mother Sauce
The concept of the mother sauce (that which gives birth to all other sauces) is French.  Though people attribute the idea of the mother sauce to 1900s Frenchman August Escoffier, the first list of mother sauces was made by Antonin Carême in the 1800s.  His list included allemande, béchamel, espagnole, and velouté.  When Escoffier got a hold of things, he dropped allemande from that list and added Hollandaise and Tomate.  So here’s a breakdown of Escoffier’s mother sauces and that little thing called Roux.

Roux
A roux (pronounced just like rue), is a thickening agent.  There was a lot of mention of it in last nights episode and even some discussion of how it was made, if the chefs made it at all.  To make a roux, you take equal parts flour and fat.  Clarified butter is used a good bit; so too are lard or oils.  The color of the roux is a derivative of the time you cook it.  Basically, you heat your fat … add in your flour … and stir that concoction carefully until the flour disappears.

Compound Butter
Compound butter is exactly what it sounds like.  If you get yourself garlic butter or herb butter or cashew butter, then you’ve got yourself a compound butter.  So simply – take butter, add some foreign agent and you’ve just gone fancy.

Compote
Once again, the French find their way into 21st century reality television.  A compote is a fruity sort of thing.  You take your fruit, dunk it in water, add sugar, and spices (cinnamon, cloves, vanilla, etc…), and cook that over a gentle heat.  It’s then served up … most often as a dessert … topped with things like whipped cream.

Duxelles
Duxelles is a fancy name for a minced batch of mushrooms, onions, shallots, and herbs.  You sauté them in butter and reduce the heck out of it (aka you cook it for a long time).  This stuff is used in savory pies, beef Wellington, and the like.

Garlic Scapes
These are just the garlic plant stalks.  We’re all used to seeing cloves of garlic, but those heads (grouping of cloves) come from somewhere.  The where in this place happens to be a plant.  Since the scapes don’t actually produce flowers, they’re usually cut off the plant so as to prevent them from interfering with bulb growth.  They’re often used in the same manner as green onions.

Gratin
This was what Whitney was making.  Gratin is simply just a style of food whereby your central ingredient is topped with ingredients like breadcrumbs, grated cheese, eggs, and/or butter.  So potato au gratin is just taters topped with that stuff.  You crisp that in the oven.

Pilau (as in fennel pilau)
Pilau is just another name for pilaf.  Pilaf is simply rice cooked in broth.  Depending on what country you’re in (or rather … the type of restaurant), you may or may not find things like vegetables and meat in it.

Ras el hanout
Ras el hanout is a North African spice blend.  I don’t know of any definitive mixture … but you’ll find things like cumin, coriander, nutmeg, clove, cardamom, cinnamon, and things like that in it.  I don’t think there’s any limit to the number of items it can have … so basically … just assume that if you’re eating a kabob or some other dish popular in that area of the world … then you’re eating ras el hanout.

Streusel
A pastry – take butter, flour, and sugar, and put it on top of said pastry (muffins, breads, whatevs).  That topping is the streusel.

That’s all she wrote – let me know if there’s anything I missed!!!  Thanks to Sifu Ranka for the streusel pic!