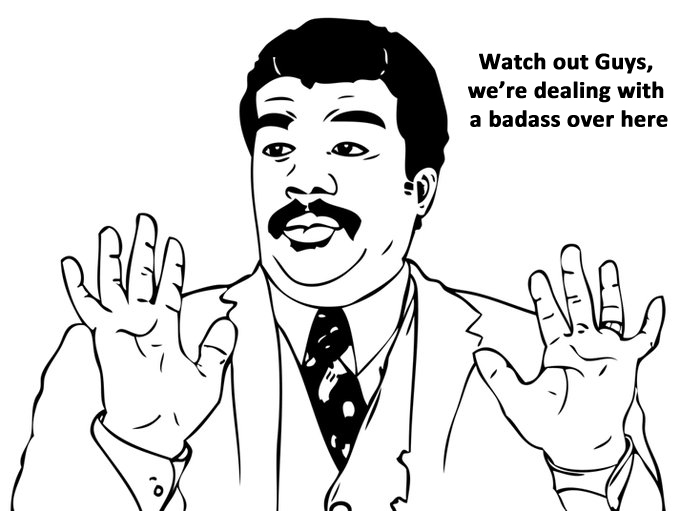 For this weeks edition of What Was That Ingredient?, Top Chef Texas did the whole game thing and once again attempted to assert its badassness.  They first invoked NGT with what basically equated to a 20-minute commercial for Don Julio.  Padma quickly asserted that it was an “ultra-premium” tequila.  Don’t you just love fluffy, meaningless advertisements?  I’m curious to know how much Don Julio put up for the bit.

Anyway, the rest of the show focused on that crazy group of meats we call “game” (you know – Bambi, Donald, The Goodfeathers, etc…).  Basically, game can be defined as any type of animal that is either a) usually hunted for sport or b) turned into a cartoon character.  During this segment, clips of Heather explaining how awesome she is were interrupted by the occasional cooking scene.

As for the rest of the more esoteric menu items from the show?  Well read on to see what the contestants did in the kitchen! 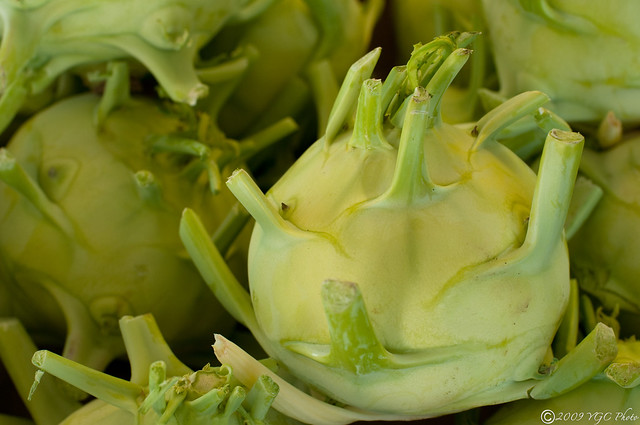 Kabocha
Kabocha is a squash … so to say Kabocha Squash is redundant … so please don’t do that.  Think of Kabocha as a fat little green pumpkin.  It doesn’t taste wholly different than a pumpkin, but it is a lot sweeter.  If you get a hold of some of this, I suggest you tempura batter that little bastard!

Kohlrabi
Kohlrabi is a tiny, weird looking bulb of mini-cabbage (pictured above).  Kohlrabi slaw is a pretty common way to utilize this green, alien looking ingredient.

Medjool Dates
Medjool dates are like regular dates on ‘roids.  They’re huge, are super sweet, and have a lot of “meat” around their long pits.

Pistou
Pistou is a sauce and it’s made from pounded garlic, basil, and olive oil (and sometimes tomatoes).  It’s not wholly different than a pesto sauce, save for the pine nuts.  Soupe au pistou is the classic example I can think of … it’s a brothy, vegetable heavy soup where pistou has been added.

Cold Smoking
Cold smoking actually came about as a way to preserve things, but nowadays, it’s a relatively under utilized technique.  Most of the time, when you are smoking something – you’re cooking your food at roughly 170 °F.  Cold smoking takes place in sub-100 °F temperatures and it doesn’t actually cook the food.  As a result, food that has been cold smoked is often finished using a more familiar cooking technique (grilling, baking, etc…).  Because cold smoking doesn’t cook the food, it’s really more of a way to infuse something with flavor.  Cured meats are prime examples of something you can smoke.

Deglazing
Everybody knows about glazing, but many are a little befuddled when they first hear that things can be deglazed.  Deglazing is exactly what it sounds like … but the purpose may surprise you.  Deglazing is a process to remove and dissolve all that good stuff you find in the bottom of the pan after you’ve just cooked a protein with some dry heat.  When you deglaze something, you are probably working with a roux … and as we all know from last week’s WWTI, if you’re making a roux, your making a sauce.  If you have just cooked a protein in a pan with a dry heat, you’ll end up with stuff at the bottom.  The specific act of deglazing is when you add water, wine, or whatever to that pan while scrapping the good stuff up.

Farce
In the world of food the word farce is pronounced fahr-SEE.  Its just an old name for the word stuffing – so if you hear farce of quail, it means they made a quail stuffing.  And yes, if you run across this on someone’s menu – you have my permission to invoke Neil!

With the way the show was edited, you’d think that those fancy names they were throwing around during the DJ segment were specially crafted types of tequila.  They weren’t … blanco, reposado, and añejo are just types of tequila.  Here’s a short recap:

Alright folks, that’s it for this post.  Did I miss anything? Don’t you just love Neil???