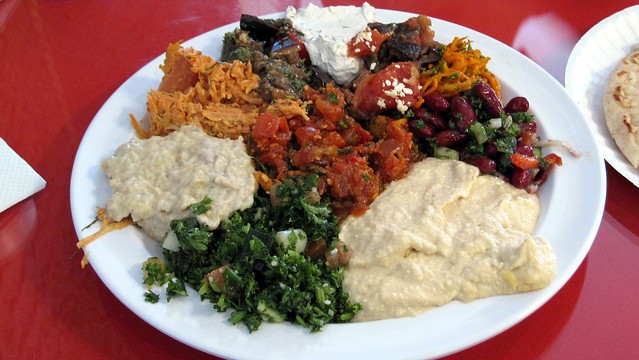 Good news for we fans of Café Agora, a Buckhead gyro and Mediterranean spot where I’ve popped more foodie cherries at than I can count.  In July, the Atlanta Business Chronicle broke the news that Café Agora was adding a satellite location in Midtown.  At the time, ABC reported that Agora hoped to be open at 92 Peachtree Place by late September.  As is common place with these sorts of things, that didn’t actually happen.

Fast forward a few months to present day, and it SEEMS like change is just around the corner.  Word around the campfire is that owner Mr. Ozelci (but you don’t need to call him that) hopes to have Al’s Café Agora Midtown open in the early parts of February.  I can wait nary another day as I have yet to find a Greek/Mediterranean/Turkish restaurant in the area that can hold a candle to CA.  Their gyros burst in the mouth with flavor as pronounced as pop rocks.  Beyond that, who doesn’t love to watch the jovial Al feed his customers as spoons goodies from a meze plate into the mouths of customer after customer?  Seriously – the dude likes to feed people as if he’s teaching a baby how to eat!  Don’t be scared … just go with it.

Also, Agora is finally starting to expand its mother ship, which TNT told us about last year.  The build out shouldn’t take long, but I have no time frame for when its actually going to be completed.  All I know is that Café Agora is expanding, and Atlanta will be better for it.