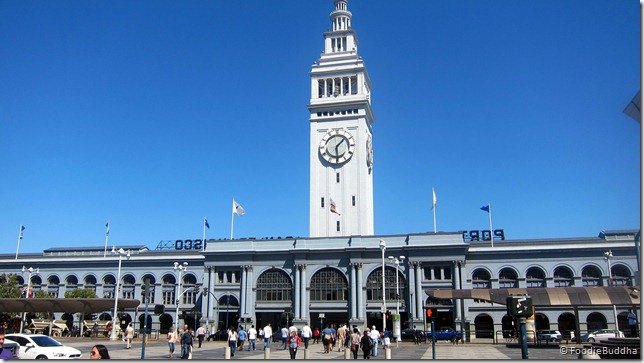 A few months back, I stepped off the plane in San Francisco and realized I was beat.  My foodie vacation was hard work and I had just completed six full days of cavorting around Los Angeles.  I suddenly found myself without the energy to even get on the BART (SF’s rapid transit system); so I hoped a cab and set off to the home of one my dearest friends, his wife, and Pollack (their dog).  One could argue that Pollack is the most important member of that trio … but that’s another issue for another post.

I arrived midday on a Monday and left that Thursday in the early afternoon.  As time was short and food and drink was of the essence, I ventured into the ideal San Francisco breeze hell bent on consuming as many ounces of food as my frame could handle.  At times joined by my friends, yet often alone, I invested in San Francisco’s amazing food scene with some fabulous results.  There were some slip ups along the way, and I didn’t come close to hitting all of the stops on my wish list, but, it was ultimately a crown jewel in the self-indulgent journey.