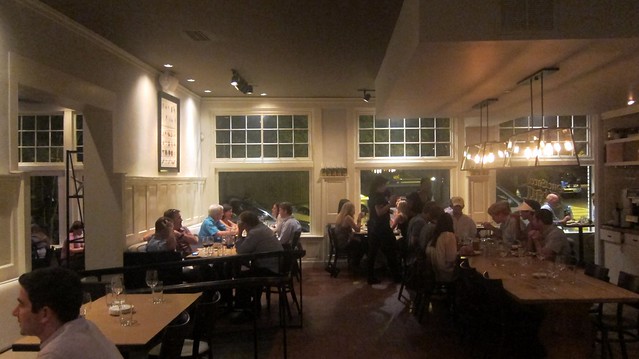 There’s a somewhat frustrating bit of information floating around these days that pertains to One Eared Stag in Inman Park.  The restaurant, which features food from Robert Phalen and currently occupies the space of the fondly remembered Shaun’s, might be going away.  The supposed end of days is set for the tail of February.  Details after the jump!

I did try playing the journalist even though I’m not one when I contacted Zoe Cernut, one of One Eared Stag’s owners.  When asked if SHE had any comment about the closing, I got this response back:

None really as that is not true I am one of the business partners.
Thank you for your concern and have a great day

While the press machine has started to speak highly of Phalen’s work at 1ES (he is getting some serious award consideration as we speak), I’ve heard that the restaurant is sucking wind more often than they can handle (from a financial perspective).

But the real issue for me here is this: it is another bad sign for Atlanta dining.  Even if it doesn’t come to be, the mere fact that there is some legitimacy to these unconfirmed claims is disturbing.  The restaurant is less than a year old after all.

I have seen growth at 1ES since my first impression.  Admittedly, it’s still not up to snuff compared to restaurants outside our geographic area, but Stag is certainly good enough to cut it here.  If we can’t make these restaurants work, we’re destined to live in a city run by The Wizard of Oz.  Once you pull away that curtain, you see there’s just not a lot to it all.

So is 1ES absolutely positively closing at the end of February?  I don’t know.  But it is definitely a real possibility.

* apologies on identifying Zoe Cernut as a male. That was simply a typo as she is very much a she.