The opportunity for me to eat at Sukiyabashi Jiro, the 3-star Michelin subway port in Tokyo, before Jiro Ono departs is looking highly unlikely at this juncture.  So I must rely on others for any semblance of sushi satiation.  With some luck, maybe Jimmy will get there in a few months and I’ll get a true secondhand encounter.  But in the meantime, I’ve resigned myself to repeat viewings of Jiro Dreams of Sushi, continued refreshing of my Japanese food news feed, and conversations with my tomodachi in the Land of the Rising Sun.

While Sukiyabashi Jiro has long been a pretty big deal for food freaks, the aforementioned documentary has put Itamae Jiro Ono on the lips of people from all over.  Enter Questlove (@questlove), that dude from the Roots (you know – that flavorful hip-hop group that also serves as the house band for Jimmy Falloon).

Questlove just got done eating at Jiro.  I have no idea what he’s doing in Japan, I have no idea what compelled him to visit Sukiyabashi Jiro, but based on the extensive text that accompanies all the pictures, it looks like Questlove saw the movie and decided he had to eat there.  So point is … he went and he’s got a lot of visual evidence to show.  It’s all up on instagram, but since it’s hard to link to a series of images there, I’ve decided to post them here as much for my own personal point of reference as anything. 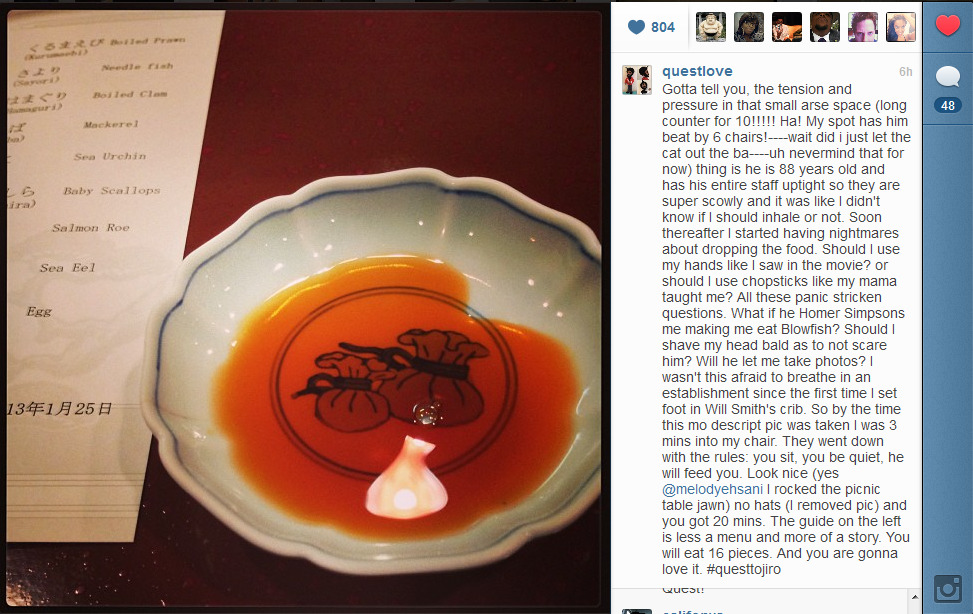 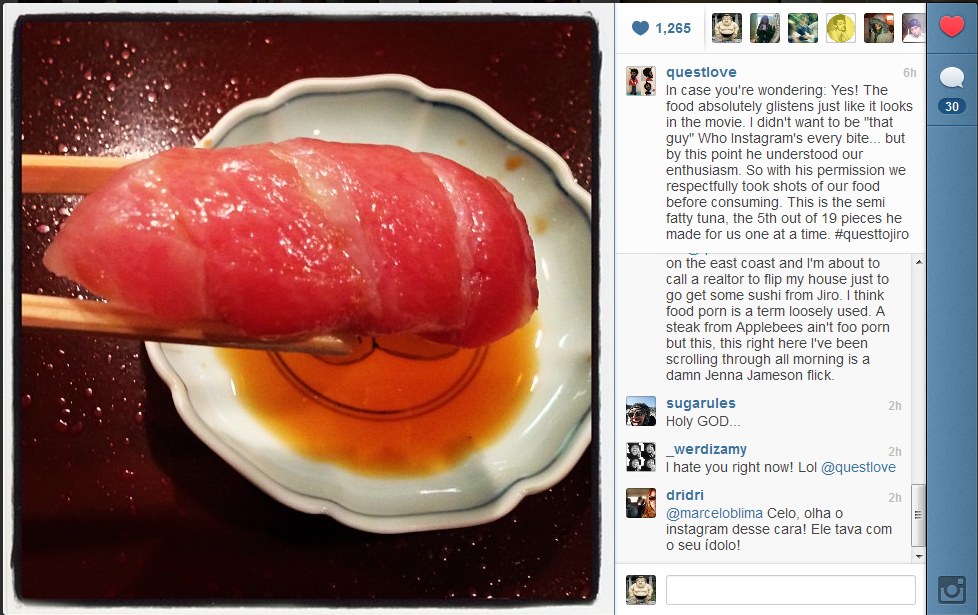 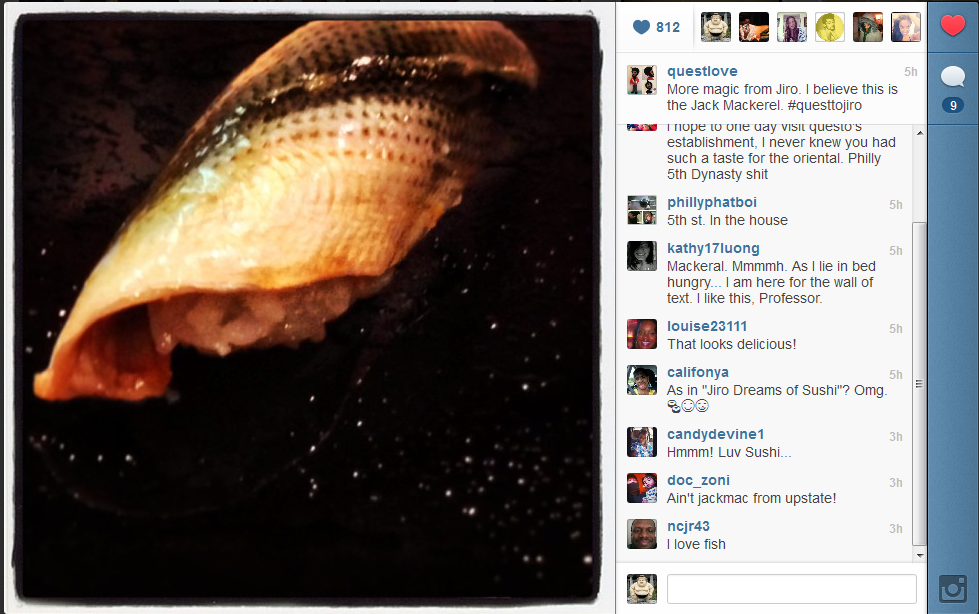 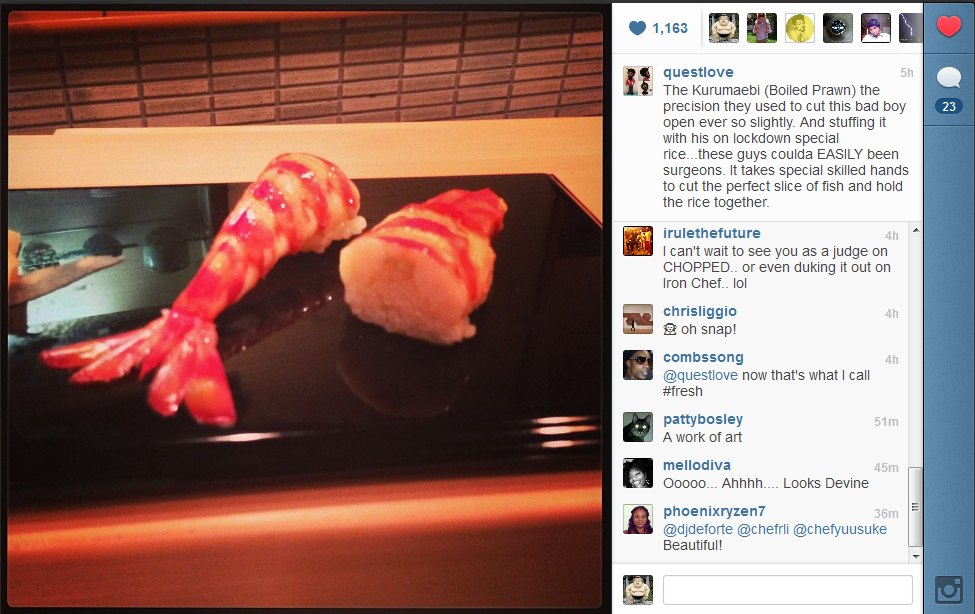 and for those that want to see all of them, here are the links: