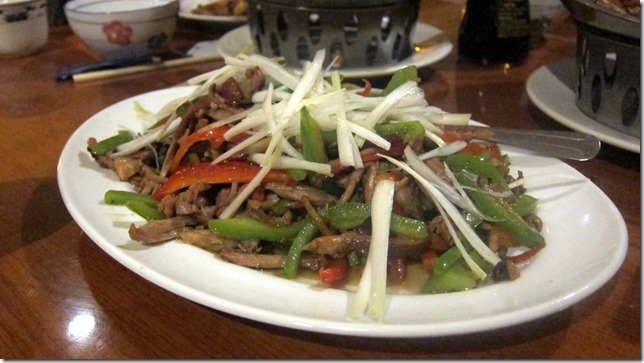 Gu’s Bistro is on the cusp of changing the entire Chinese restaurant scene here in Atlanta. As it stands, ATLiens find themselves pilgrimaging to one of two zip codes whenever they crave something other than Americanized Chinese cuisine. One area is the Cloverleaf, where two Szechuan kitchens founded by the ronin-esq Peter Chang stand by (for the uninitiated, those two restaurants are Tasty China and Tasty China 2). The other area is the much mythologized Buford Highway, home of great mystique and much pomp.

It’s in the latter culinary causeway that we find Gu’s Bistro; perhaps the most lauded example of traditional Szechuan Chinese food in the Atlanta area. No doubt there are many devotees of the two Tasty China outposts; however, a number of his minions now frequent Gu’s in light of Chang’s departure to VA.

Regardless of which restaurant you fancy, most all will agree that good Asian restaurants in inner city Atlanta are few and far between.  Now, Gu’s is looking to change that and save folks many many gallons of gas.  Their targeted destination is the yet to open Krog Street Market. The ink isn’t on the paper yet but it’s about to be. Call this a rumor; but, call it a rumor with A LOT of legs.

If you haven’t heard of the KSM metroplex, it’s a large project going down in the heart of Inman Park.  It’s scheduled to open this year and the builders are actively pursuing restaurants from the likes of Ford Fry.  Meanwhile, with the recent opening of BoccaLupo and the impending opening of Staplehouse, the area is almost certain to be Atlanta’s new “it” neighborhood (at least in terms of restaurants … which is the only thing that matters).